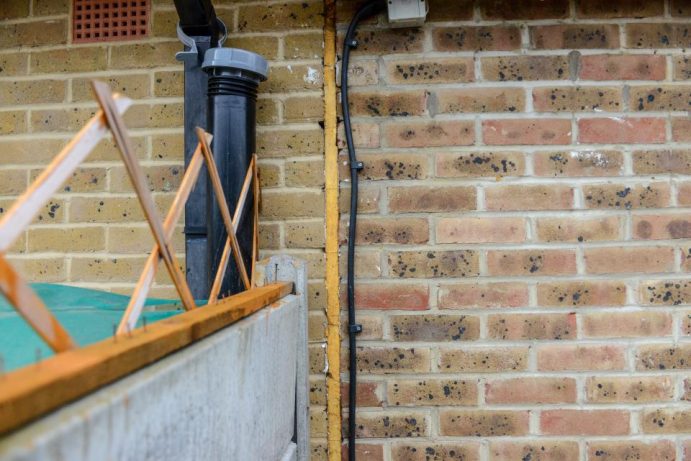 The extremities of boundary disputes were highlighted in the national press recently, when a family were forced to sell their house after losing a legal battle which was instigated over a 3 inch piece of land.

The family, who represented themselves, lost a long standing legal battle over claims their neighbours trespassed onto their property to build an extension three inches into the boundary of their land. Not only have they now lost their legal battle, but – unable to settle their legal bills – the judge has ruled that they must hand over the keys to their property, to the neighbours they lost to. They were given just three weeks to leave the £600,000 house they lived in for 31 years, and there is nothing they can do about it.

From boundary dispute to court

The premise of the dispute is that in 2009, the neighbour knocked down a fence between the houses to build an extension three inches into the existing property boundary. The neighbour then reinstated the fence in its original place. The resulting work shows both the fence and three inch impingement at the core of the dispute.

The works were undertaken at the property in East London, while the family were on holiday. When they returned and raised the issue with the neighbours, they were offered £750 in compensation for the fence, but they declined the offer and asked for £2,500 on the basis that they had trespassed onto their property. When this was declined, they launched a legal claim for trespass and the wrangle that ensued, ultimately cost them their family home.

The claim started in the Civil Courts in 2012, where a judge said that the extension was not trespass. The family then appealed the decision but lost, and were ordered to pay the neighbours legal fees. When they failed to do so, a judge made a final ruling requiring them to hand over the keys to their home, to cover the £140,000 bill.

This case is a prime example of where ADR could have helped resolve the issue, with minimal acrimony. Approaching a dispute of this kind in a manner that is conducive to finding an outcome to appease both parties, is not easy. Emotions run high, views are expressed effusively and it is not easy to see how an agreement can be reached, especially if the dispute has been ongoing over a long period of time. However, it is never too late to consider ADR or more specifically, mediation.

If you have already tried and failed to reasonably resolve your boundary dispute, then the intervention of an independent third party – a mediator – may be the next step. Proven to be one of the most successful means of conflict resolution, mediation not only seeks to resolve the dispute with an outcome that is agreeable to both parties, it can also be help heal broken relationships; something that is particularly poignant when the case involves neighbouring properties. Mediated settlements are also more likely to stand the test of time, again because all parties have been in agreement with the outcome. Plus if a later dispute arises, parties are much more likely to utilise a mediated approach, based on the success of their previous experience.

Meanwhile the case in point proves that legal proceedings can be costly and time consuming. The reverberations of which should never be underestimated.